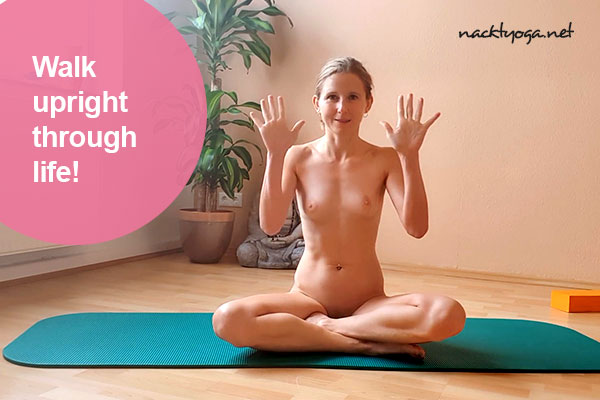 What is your attitude in life?

Do you walk crooked and crooked? Do you bend yourself in your life? Do you have some really weird views about yourself or life in general? These are exactly the topics this article is about. More precisely, it is about your physical and mental (inner) attitude in life. 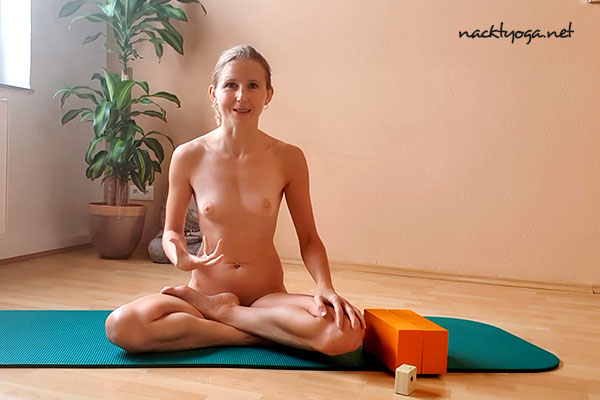 Embodiment - the connection between body and mind

The ancient yogis have always known: body and mind form an inseparable unit. The Sanskrit word yoga means to bind or unite. What is meant by this is the unification of body and mind - and as a third component, the connection with the divine. Only when body, mind and soul form a unity, then we have reached the actual goal as a yogi, but also as a human being. Higher states of consciousness that promise us everlasting joy and bliss.

And also science recognizes so slowly, many thousand years later, the connections between body and mind. In the newer cognitive science this is called "embodiment". Consciousness, that is, our mind needs a body and an interaction between the two occurs. In simple words: body and mind form a unity. Our body influences our mind and vice versa.

The parable of the blind men and the elephant 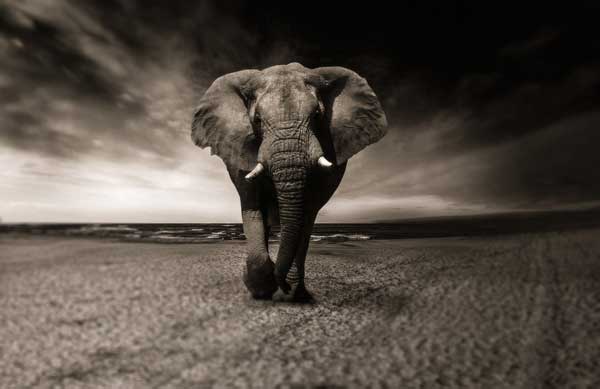 In a kingdom there once lived five wise scholars. And they were all blind.

One day, they were sent by their king on a journey to faraway India to find out what exactly an elephant is. Once there, the sages were carefully led by an assistant to an elephant. Immediately, the scholars examined the elephant by palpating it to get an idea of what it was.

Because of their contradictory statements, the scholars feared the king's wrath.

The scholars lowered their heads in shame after realizing that each of them had only felt a part of the elephant and they had been too quick to settle for that. 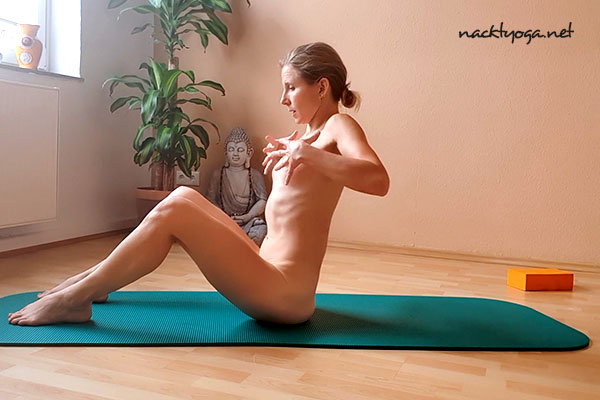 Our inner attitude is based on the experiences we have had in our lives. The brain learns on the basis of experiences. The sum of all experiences made is stored deep in our subconscious - and from there influences our entire (experience) life.

The way we have experienced the world and ourselves in relation to the world is how our thinking is shaped. The word "mindset" describes exactly this. Our thoughts are composed of the experiences we have had so far in our lives.

From this, a fixed view of things develops. How do I think about the world, about other people and about myself? Rather positive or rather negative?

The crucial thing is and this is what yoga teaches us: the world is relative, our thoughts and attitude is relative and not absolute. Yoga says, "For the sighted, there is neither white nor black. "Nothing is good or bad per se, it always depends.

Nor is there absolute truth. When we think we know the truth, we act like the blind men in the parable. In reality, each of us is blind in one way or another. Because we see only our truth, what we have experienced and could grasp.

If we know and recognize that we do not know many things and that everyone is right from his own individual point of view, then we become more open and inwardly freer.

4 simple exercises for an upright posture 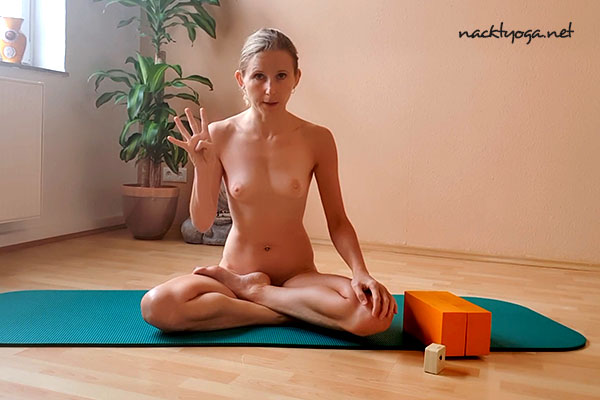 Which attitude did you have in your life?

With increasing age, many people develop a spinal curvature in the upper part of the spine, more specifically in the thoracic spine. A so-called "hump" develops. The medical term for this is "kyphosis". I don't think this word sounds any better than "hump" :).

The good thing is, you can easily avoid such a hump. And if you are already affected, it's never too late to do something about it.

Below I'll show you four simple exercises that will mobilize your thoracic spine and get it back in proper shape. The best thing is: you only need 7 minutes to do them. 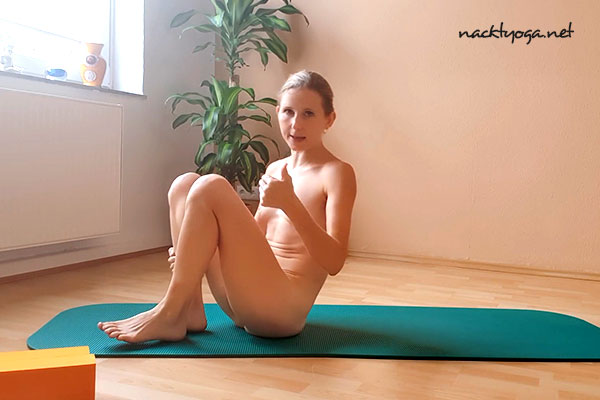 For the rolling ball, bring your feet close to your buttocks. Your back is round and you grasp your knees with both hands. Then roll back and forth on your back for about 30 seconds.

With this exercise you massage your back muscles and loosen the fascia in your back. At the same time you warm up your spine for the following exercises. 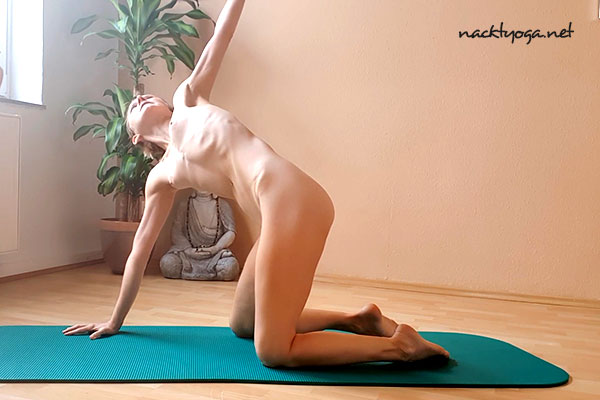 In this exercise, you stretch and extend diagonally upwards from a quadrupedal position. This exercise mobilizes especially your thoracic spine (BWS). 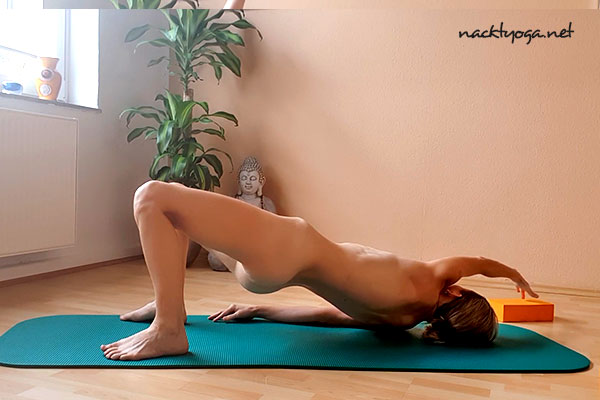 The diagonal bridge is also a great exercise for your thoracic spine. From the supine position you lift your buttocks and stretch at the same time as far as possible to the left and right alternately. 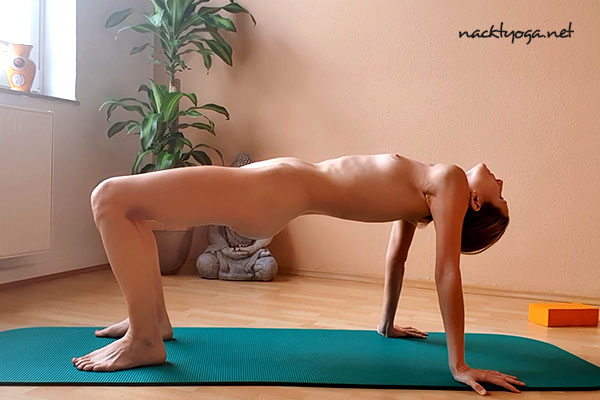 The dynamic table mobilizes and strengthens your entire back and especially the shoulder area. You come from a sitting position into the table by lifting your buttocks upwards with a little momentum. You can leave your head in extension of the spine or let it fall backwards/downwards in a relaxed manner.

Here you will find the detailed instructions for each exercise with many tips and hints for the correct execution.

7 minutes a day for a flexible thoracic spine and an upright posture.

In my video I show you four simple exercises that you can wonderfully incorporate into your daily practice and with which you can positively influence your posture. And the best thing is, you only need 7 minutes for the exercises.

This website uses cookies to improve your experience while you navigate through the website. Out of these, the cookies that are categorized as necessary are stored on your browser as they are essential for the working of basic functionalities of the website. We also use third-party cookies that help us analyze and understand how you use this website. These cookies will be stored in your browser only with your consent. You also have the option to opt-out of these cookies. But opting out of some of these cookies may affect your browsing experience.
Necessary Always Enabled
Necessary cookies are absolutely essential for the website to function properly. This category only includes cookies that ensures basic functionalities and security features of the website. These cookies do not store any personal information.
Non-necessary
Any cookies that may not be particularly necessary for the website to function and is used specifically to collect user personal data via analytics, ads, other embedded contents are termed as non-necessary cookies. It is mandatory to procure user consent prior to running these cookies on your website.
SAVE & ACCEPT
Powered by DigiMember